The story so far: Stuart has tried many ways of persuading me to go to a concert that he and Karen are doing. I have tried to avoid him. I have begun to consider whether I should go...

It was at this point that I thought maybe Stuart deserved to be put out of his misery. I could say I’d go, ask him for the dates, time and venue then not show up.

I had been thrilled for weeks in advance to be going to watch Biggins in performance, had even perfected a routine of ringing up my friends to break the news which went like this… 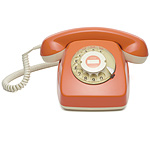 “Who?” my friend would say.

“I don’t know, the Arctic Monkeys?” my friend would say.

“Well, I guess going to see Tom Waits in a dusty little bar in Texas would be pretty cool,” my friend would say.

“Yes, well stop being a knob because that wouldn’t be good, try to think of something actually good,” I would say.

“Ummm, something actually good, oh I don’t know Dave, some comedian in a really intimate venue?”

And then I would say,

“No, you are going to be gutted when you hear this. I have got tickets…to see…” I would say, pausing for effect here, This was a sweet opportunity for two reasons. Firstly, during my time at University I wore a series of ridiculous glasses frames and was portly which prompted my friends to call me Biggins.

To this day I still harbour the suspicion that when they talk about me and I’m not there they refer to me as Biggins, even as they drive home from my house after a weekend of hospitality I imagine them saying things like “Biggins was on form wasn’t he?” and “It was good to see Biggins again wasn’t it?” and “We should see Biggins more often really,”

They are probably ringing each other right now and saying “Hey, have you read Biggins’ blog?” and having a good old laugh.

I was also excited about the concert because I had seen Johnny Morris doing Carnival of the Animals as a teenager, and it was the last truly magical experience I think I ever had.

Falling in love and watching elephants processing along a street followed by hundreds of singing women and children painted red and petals flying everywhere whilst drinking tea with my future wife, having two children and getting married were all good, but Johnny Morris – fuckin’ magic.

It was the last time I remember being happy to be entertained as if I were a child.

So I thought Biggins doing Carnival of the Animals might be a bit magical too.

But it was a steaming heap of dog poo.

A heap of dog poo through which someone had trodden and subsequently walked into a carpet.

In a specialist infant school.

For children with allergies to dog poo.

Biggins was a self indulgent idiot, who belted his way through the readings with the charm and wit of the builder who “did” my bathroom.

He didn’t even have the grace to wear glasses.

It was a truly dreadful show, interesting only in its capacity to slow time down to a standstill.

When Polly and I wake up we seem to blink and then it’s bed time again, so it was particularly galling that all of a sudden an hour seemed to feel like a million ketamine lifetimes.

We had taken Elly’s friend Flora with us, and our friend Roger, Flora’s dad, was playing the timpani in the concert. When Roger came out to play he peered out over his huge brass kettles into the audience to see if he could see us, and had we not stood up and waved frantically at him, he would have squinted and craned his neck for the entire ten minutes up to the point that he had to begin playing without spotting us.

I figured that if Roger couldn’t find his daughter at such an event, my pupil Stuart would have an even tougher time finding me once his show had started. The potential to blow out this gig was high. I felt safe to make a false commitment. To a seven year old.

At the end of Friday afternoon as I bent to place my laptop in my bag I said “Stuart, I believe you are doing some sort of a show…”

“Yes, now, I’ve been thinking about it quite a lot Stuart and I think that I would very much like to come and see it and to bring Elly. Do you think it is the sort of show that she would like?”

“Uh Uh Uh Stuart, no, I won’t remember where it is at if you merely tell me. I should like you to find out exactly where the show is this weekend, write down the details for me and bring them here, to this desk, in this classroom, in this school on Monday morning. If, and only if you do this, shall I make subsequent arrangements to attend,” I said, then walked off to face the weekend...

Either you were very unlucky or youve got no taste - Biggins is invariably brilliant. I sometimes wonder why he bothers doing all this charity stuff if people just slag him off - oh yeah I remember, its because Biggins is a really great guy.

I'm sure he is a great guy, in fact I had confirmation of this as my mate who was playing in the concert said he was hilarious in the rehearsal but his performance was lacklustre, he seemed embarrassed to be there and, most fatally, he failed to connect with the children, playing solely to the adults.

Perhaps it wasn't his fault.

Perhaps he needed some direction.

Perhaps the whole concert had been hastily thrown together.

Perhaps he had merely mislaid his glasses.

But probably, as you say, I've got no taste.